A Luxury Wedding Made for TV!

On August 12th, 2016, Rollacoaster performed for a very special event.  It was a wedding that was being filmed as part of a television programme for Channel 4, so not everything was typical of a wedding as you might imagine!

The venue was The Sheene Mill in Cambridgeshire, and this wasn't the first time Rollacoaster had performed here - indeed this is a venue the band is very familiar with.  There was however a difference with this particular wedding - everything was more decadent, more impressive than before, and it was a significant event due to the extra hustle and bustle going on.

Exotic cars graced the car park, and these were juxtaposed against vans full of equipment for television crew!  There was a helicopter to transport the groom and best men, stunning gardens with a large pond flecked with ducks and swans.

The inside of the venue was exquisitely decorated, with entertainment, food, drinks and memories made at every turn.  It was packed with excitement, and the guests were clearly enjoying themselves!

Rollacoaster took to the stage once the wedding breakfast had concluded, and one of the first dances was 'Wonderful Tonight', which featured the Father-of-the-Bride singing to his daughter with the band.  He soon joined her on the dance floor for a very poignant and special dance, during which they were joined by other guests.

The band had the floor packed from start to finish - this is our job after all! - and we kept the hits going!

One of the most special things about the day was that the couple also own the venue, which has been part of the bride's life for a long time as her parents once ran the business too!  This was a very special occasion, and one we won't forget in a hurry.

Find out more about this stunning event here on the Sheene Mill blog, and in To Have and To Hold, the national wedding magazine! 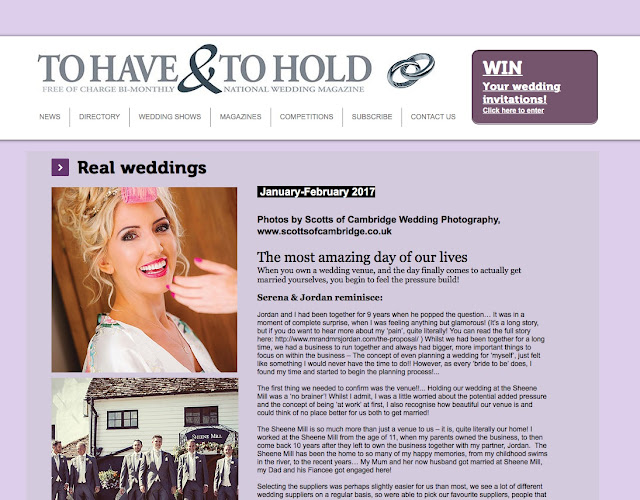 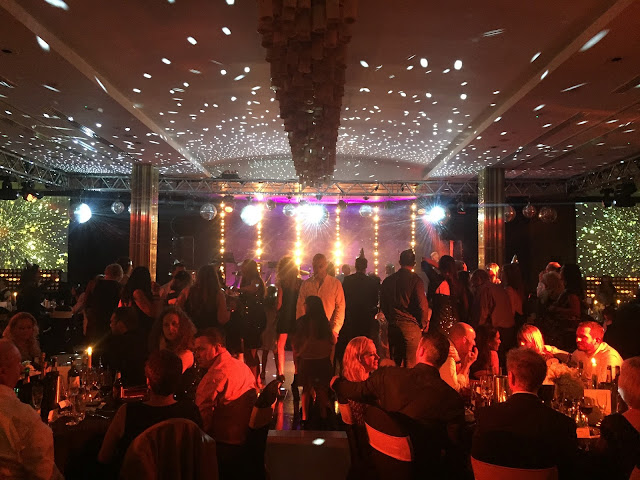 Rollercoaster saw the New Year in in style performing for the second year running at The Grove in Watford, London’s Country Estate.  Together with Production Plus, the band put on a night to remember in a beautifully decorated ballroom. 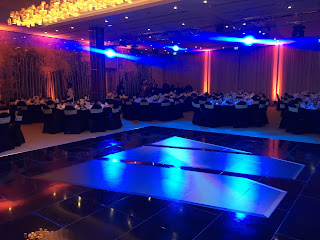 Singers from the West End’s 'Motown' show performed a series of hits from the record label and there was Motown insignia on the dance floor and throughout the room.  It was stunning and exciting to be part of something so lavish!

The rest of the hotel was something to behold with ice sculptures and perfect Christmas trees intricately decorated wherever you went.  There was candlelight, champagne flowing, and incredible outfits from the guests who all looked wonderful.

Rollacoaster's jazz quartet commenced the evening with a set that provided the backdrop to the evening meal, and eased the guests into the party mood.  Once food service had finished, it was time for the dancing to commence with Rollacoaster's flagship 10-piece party band, and the floor was full from start to finish!  Playing recent hits like Cake By the Ocean and Shut Up and Dance we had the audience in the palm of our hand!

The band played through to midnight, saw the New Year in with fireworks, and even had two of the young guests up on the stage with the band throwing some serious shapes.  Boy, those girls could jive! 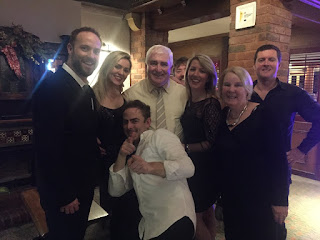 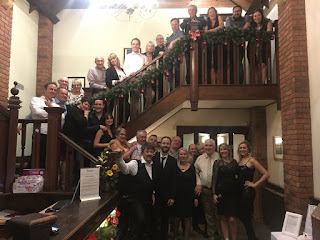 Just two days later, we were off to Bedford for a 70th birthday celebration at the Barns Hotel.  Again, a very beautiful venue for weddings and parties, we rattled through Motown hit after disco hit after rock anthem and many, many more.  It was fantastic to be a part of such a wonderful event and we look forward to our next!
Posted by Rollacoaster - International Function Band at 17:44 No comments:

Merry Christmas and Thanks for a Fantastic Year!

2016 has been a fabulous year for Rollacoaster with performances all over the UK, and we've had the honour to participate in many special events.

One of the main things (and best things!) we do is celebrate lots of happy couples tying the knot, playing disco and party classics at their wedding receptions where we keep the dance floor packed while the bride and groom groove away with their guests! 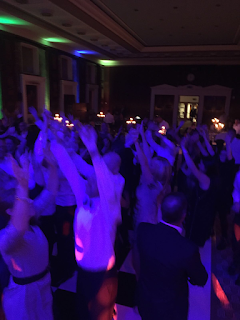 We've worked closely with some sensational party planners and toastmasters who have helped us do our job better and provided our newlyweds with perfect events that run seamlessly! We can also recommend other services for all of your event needs.

One particularly memorable wedding was at The Grove in Hertfordshire, where our 7-piece wedding band performed in the ballroom, and members of the England football team (famously!) joined the party late on! We won't be forgetting that one in a hurry, and we're also looking forward to bringing in the New Year with the flagship 10-piece band, back at this fantastic venue! Check out the other events they host - it's a real gem!

If you're planning a wedding, The Grove is a beautiful venue, set in rolling grounds and within 18miles of Piccadilly Circus in London, and famed for it's golf course which was home to the British Masters tournament earlier this year!

It's been another privilege to perform for numerous corporate and charity partners, including the Children with Cancer Charity where we performed at their prestigious ball at the Grosvenor House Hotel on Park Lane in London. The Great Room is nothing short of spectacular, and we were honoured to be working alongside such celebrities as Jack Whitehall, Linda Robson, Russell Howard and more to assist with raising awareness and encouraging this fantastic charity! We even had Zara Holland singing along and enjoying our performance of Mister Brightside!

So we've come to the end of another year and we're really grateful for the opportunities we've had to work with, and for our clients - thank you! - and we look forward to seeing you in the New Year.

Posted by Rollacoaster - International Function Band at 18:32 No comments:

Welcome to the New Rollacoaster Blog!

Welcome to the all-new Rollacoaster blog!  We're a highly renowned international function band, and have played some of the world's most exquisite venues.  The pedigree and history of the band is something admired throughout the industry, and with the expert leadership of lead singer Gary James, you can be sure to have the perfect music for your event with the best band in the land!

Whether it's a wedding, a corporate event or charity ball, a Bar Mitzvah or any other celebration, Rollacoaster have the talent, the programme and professionalism to deliver the best service in the business.

Visit http://www.rollacoaster.co.uk to find out more!  Here you'll find our promotional videos and information about our speciality shows (including our Atlantic Motown Soul Revue Show, our 'Swing It' jazz crooner collection, and a celebration of the music of Billy Joel), as well as more about what we typically do at events.

Keep an eye on this blog as we post about events that have just taken place, as well as some trips back in time to some really awesome shows we've done!

Posted by Rollacoaster - International Function Band at 19:24 No comments: